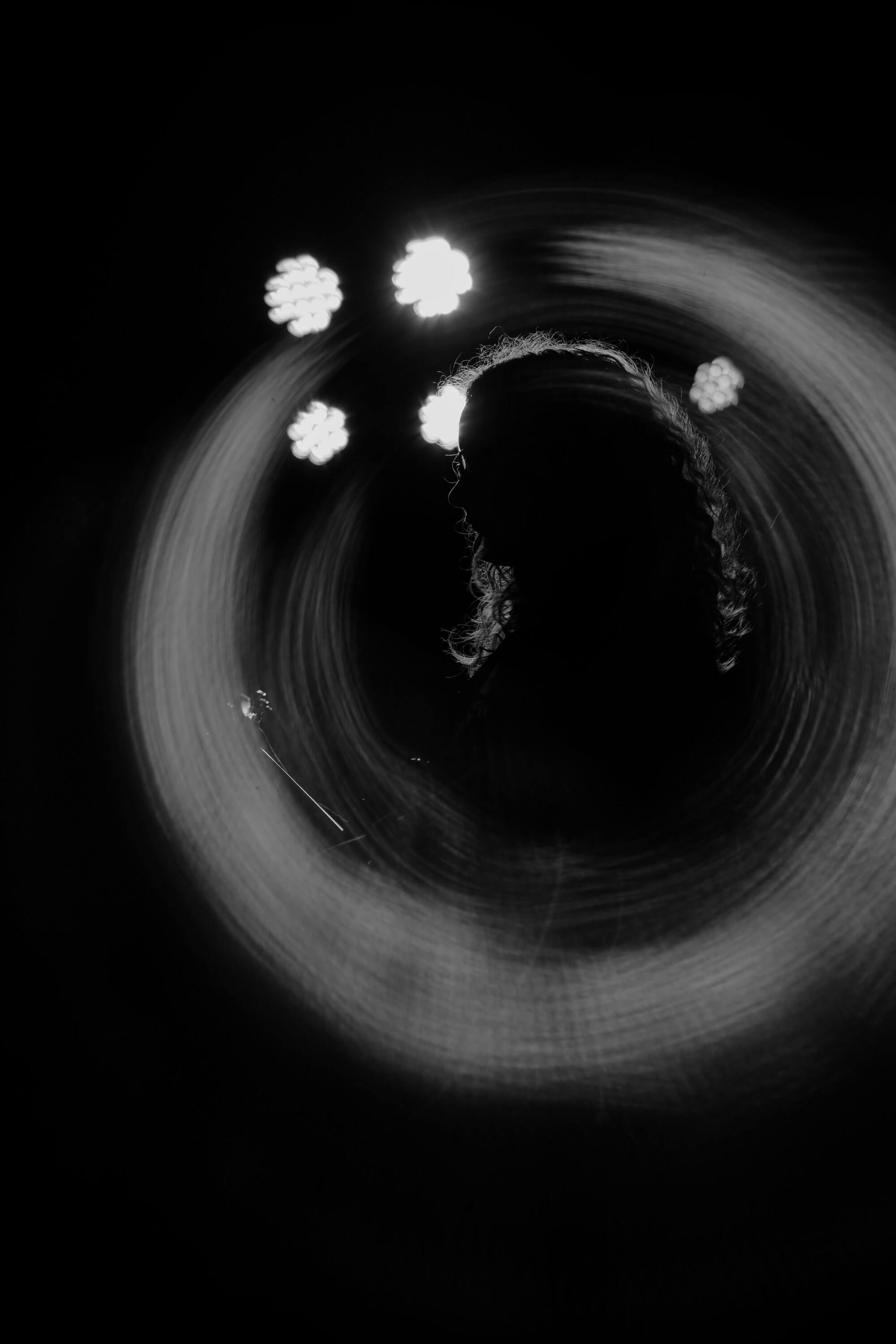 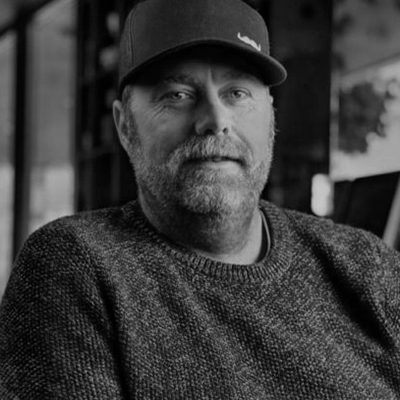 Father, husband and inescapable disruptive philanthropist. Founding member of the world’s largest men’s health movement, Movember, JC is also a trustee, advisor and mentor for Creative Conscience, a not-for-profit movement for change. Mental health initiatives in the music world, Point One Project (trustee and co-founder) and the hospitality industry with Young Lotus, Pilot Light (board member) to CPCC (co-founder) focused on environmental and human impact, are part of JC’s ongoing philanthropic and social impact endeavours. Acknowledged by Men’s Health Magazine as one of the 13 most influential men in Health and Fitness 2020. Passionate about driving change through action not words, JC is the first person to ask the awkward, unspoken questions and the last person to leave the room.

Ric Salmon is a director at ATC Management, and is the CEO of ticketed live streaming business Driift.

ATC has a roster of around 70 management clients including the likes of Nick Cave, PJ Harvey, Thom Yorke, Damian Rice, Laura Marling, Johnny Marr, Trevor Horn along with a roster of over 400 acts through its live division, ATC-Live.

Driift is founded on the innovative principle of high quality, exclusive ticketed live streamed events. Launching in August 2020, the business has already produced and promoted highly acclaimed shows for artists including Niall Horan, Nick Cave, Biffy Clyro, Kylie Minogue and Andrea Bocelli - selling more than 400,000 tickets in over 170 countries around the world.

In December 2020, Driift was named #2 on Music Ally's list of start-ups to watch in 2021, along with winning the AMA’s (Artist and Manager Awards) ‘Innovation Award’ in Feb 2021 (to be announced shortly).

Between 1998-2007, Ric held senior roles at various major and independent record labels including Sony Music, Ministry of Sound, and Warner Music International where he was Vice President of A&R. Ric has continued as a regular senior A+R consultant to a number of labels including Warner Music where he has made albums with artists such as Rod Stewart, The Corrs, Bette Midler, Boyzone, Beverley Knight and many others.

Ric currently sits on the board of the MMF and the CMM, and a number of other not-for-profit organisations. 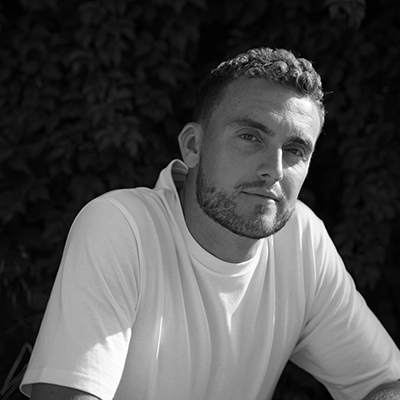 Recently, Ryan has channeled his energies towards composition and song writing, winning numerous awards for ‘best sound track’ on movies he has composed for and working with several household brands for adverts and sonic branding.

Alongside his solo career, Ryan is a part of the band SLANG and writes for other artists including Noah Kahan, Gavin James, Jasmine Thompson, Corey Harper and Kolidescopes.

Ryan’s passion for mental health led him to working with I Am Whole and later leading Movember’s music and mental health projects. It is the combination of these two passions that led him to meeting JC, Ric and Jack and founding Point One Project.

Ryan has recently signed a new record deal and is releasing new music including songs co-written with Ed Sheeran and Gavin James.

Jack Williamson is a former music industry executive who, having spent nearly 20 years in the music industry in a variety of different roles, from working in PR for George Michael and Mariah Carey, then with record labels as SVP of marketing and international on award winning campaigns for artists including Chainsmokers, Enrique Iglesias, Spice Girls, 30 Second To Mars plus countless others and onto artist management with Gabrielle Aplin (No.1 single with John Lewis Christmas Ad) and One Bit (platinum selling act) made the transition in 2017 into the area of mental health and well-being.

Jack's diverse qualifications and skill set allows him to practice in many different modalities. He is an ICF certified coach, AIP certified neuro-linguistic programming (NLP) master practitioner, CPCAB accredited counsellor & psychotherapist, IRI certified recovery specialist and ILM certified L7 Leadership and Management coach. Jack works with individuals, couples, groups and organisations from around the globe, supporting each and every client as they navigate their way through a whole different range of life issues and transitions.

Jack's work has also seen him team up with the worldwide No.1 artist Lewis Capaldi to launch LIVELIVE providing support to concert goers at shows who may be suffering from anxiety or other mental health related issues, as well as also teaming up with BBC Introducing to help expand their offering to emerging artists by offering sessions to build mental agility and emotional resilience to assist in the next stage of their career in music.

Through his company Music & You, Jack's work has seen him support the mental health and well-being of a whole host of individuals, artists and organisations. This support has ranged from wellness coaching to sessions delivered as talks, webinars and workshops. His work has been embraced by major record labels Warner, Universal, BMG, the leading trade bodies, BPI, UK Music, MMF, PRS, PPL and MPA. A whole host of today's leading artists also avail of his services. Jack's skills and expertise support the ever-evolving needs and demands that those working in the music industry face. 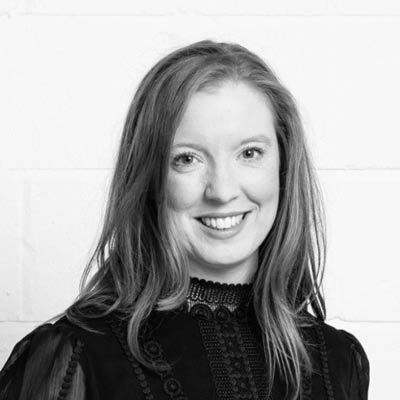 Lynne Best is Director of The Fourth Pillar, a company established to support creators and be a champion for the creative industries. She was previously Head of Communications for the music licensing company PPL and Director at Well Red Music and Media, which provided corporate communications and policy advice to a range of global media and music companies. She has also held the role of Head of PR at BPI, the UK’s representative body for record labels and music technology companies and organiser of The BRIT Awards and Mercury Prize. Prior to working in music, Lynne started her career at the European Parliament in Brussels following the completion of her degree in Strasbourg, France. She is Chair of the Board of the Americana Music Association UK, Vice Chair of the Oh Yeah Music Centre in Belfast, and a Board Member of the Arts Council NI. She is also on the Advisory Panel of the all-Ireland mental health initiative, Minding Creative Minds.

Fiona has worked in music for over 12 years in a wide range of advocacy based roles. She is currently training to become a music and entertainment lawyer with Simons Muirhead Burton, who advise artists, songwriters, producers, managers, labels, publishers, music executives and international music companies on their commercial and corporate activities.

Prior to joining SMB in 2019, Fiona worked with over 700 managers at the trade association Music Managers Forum as Director of Strategy and Operations, advocating for transparency and accountability in the music business. She has authored published research on the making available right and streaming economics, completed a Entertainment Law masters programme in 2017 and has written articles on mental health in music (Guardian) and the value of music managers (MBW). Fiona has been vocal about mental health issues and initiatives in music since writing and launching the Mental Health Guide for managers in 2016, and in 2018 she founded the Accelerator Programme for Music Managers in partnership with YouTube Music, a 12 month funding, training and mentoring initiative for 24 music managers, which will shortly embark on its fourth round.

Fiona also worked closely with the Featured Artists Coalition for a number of years campaigning for the protection of Featured Artists rights alongside the board of musicians and was the executive producer for the Artist and Manager Awards for 8 years. She has also worked in tour management and on the festival circuit and still loves to run amok with stage management on the occasional summer weekend.

Fiona is also on the Global Music Advisory Board for In Place of War and a proud member of the Cat's Mother, a voluntary consultancy for young women embarking on their music careers. 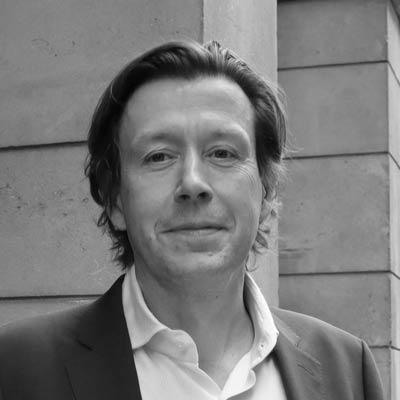 Educated at Lancaster University, Colin Young graduated with honours in 1986 with a Bachelor of Science degree in Physics. He then went on to study as a Chartered Accountant and Registered Auditor in the City and received his ACA qualification in 1992, after which he joined one of London’s leading music accounting firms, where he focused on artist and record label accounting. During his time there, he wrote a thesis on taxation entitled “Tax Planning for the Musician/Songwriter”.

In 1998, Colin founded his own practice, C.C. Young & Co., Chartered Accountants, and Registered Auditors, acting for clients in the music and entertainment sectors.

The company has gained international status and currently has offices in London and Stockholm.

C.C. Young & Co. were awarded Music Week’s 2020 Accountancy Firm of the Year, and Colin was named one of Billboard’s 2021 Top Business Managers.

In 2020/2021, Colin was invited to present evidence at the DCMS inquiry into the Economics of music streaming. His evidence was included in the final report, and the committee recommended that the government review copyright legislation in respect of the streaming royalty rates being paid to songwriters and performing artists.

Colin is keen to challenge the status quo on behalf of artists and is a passionate advocate for equity and transparency surrounding the artists’ share of income from all sources. 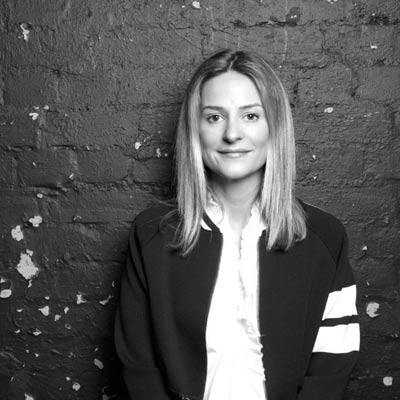 Dickins is a member of Endeavor’s Diversity and Inclusion working group, which focuses on the amplification of marginalized voices, and ways to deeper develop the company’s proactive commitment to both diversity and inclusion.